Rep. Conyers' Resignation Decision Will Be His Own, Not Washington's 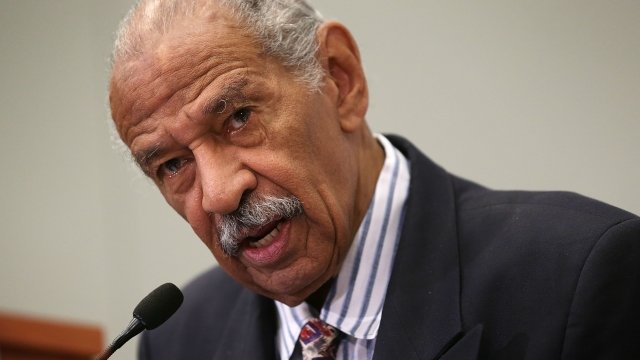 Conyers' attorney Arnold Reed spoke to reporters Friday. He said the congressman's decision would be primarily based on his health.

Rep. John Conyers, currently hospitalized amid sexual harassment accusations, is reportedly deciding on whether to resign from office. According to his attorney, that decision will not be influenced by Washington.

"We're gonna have an assessment with regards to the congressman's health, see where that is," Conyers' attorney Arnold Reed said. "And that will be paramount in any decision that the congressman makes, not any pressure from Washington."

In response to the sexual harassment allegations levied against the congressman, many Democrats — including House Minority Leader Nancy Pelosi and members of the Congressional Black Caucus — have called for Conyers' to resign.

Conyers' lawyer doubled down on denying the accusations, saying Conyers "will continue to defend himself until the cows come home because unequivocally, unmitigatedly, he is indicating he has not sexually harassed anyone."

Conyers' lawyer claimed neither have been asked to step down.