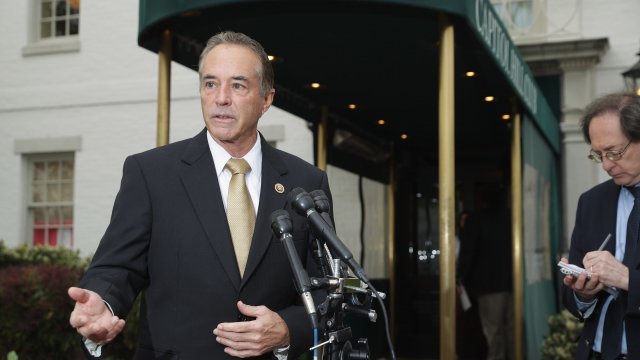 Rep. Chris Collins is suspending his re-election campaign amid charges of insider trading.

The Department of Justice released a statement Wednesday saying Collins had been charged with with conspiracy, securities fraud, wire fraud and making false statements to the FBI.

That same day Collins said he'd remain on the ballot in New York.

But Saturday Collins said in a statement that he's decided it's "in the best interest" of his constituents, the GOP and "President Trump's agenda" if he suspends the campaign.

Collins says he plans to fill out the remainder of his current term.