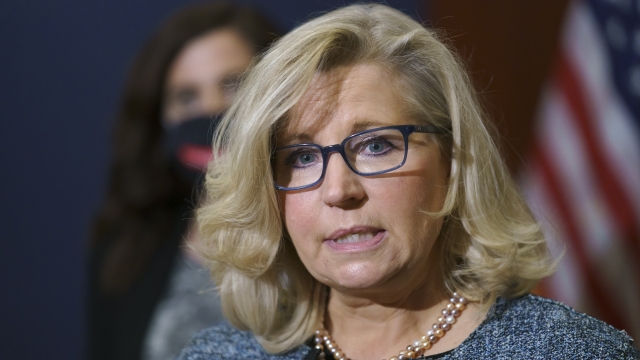 Congresswoman Liz Cheney is speaking out as she faces potential removal from her House leadership role.

She wrote in The Washington Post that the Republican party is "at a turning point" and "must decide whether we are going to choose truth and fidelity to the constitution."

The third-highest-ranking House Republican is facing opposition from her party for saying the 2020 presidential election was not stolen and that anyone spreading what's been dubbed the "big lie" is "poisoning the democratic system."

Cheney already survived a no confidence vote after she voted to impeach President Trump last year.

But this time around House Minority Leader Kevin McCarthy is no longer defending her.

Cheney writes she's committed to defending "the basic principles that underpin and protect our freedom and our democratic process no matter what the short-term political consequences might be."

President Biden also weighed in on the power struggle in the Republican Party calling it a "mini revolution."

"I've been a democrat for a long time. We've gone through periods. We've had internal fights and disagreements. I don't ever remember any like this," said the president. "I think the Republicans are further away from trying to figure out who they are and what they stand for than I thought they would be at this point."

Lawmakers return to Washington next week and we could see a GOP conference vote on Cheney's future Wednesday.