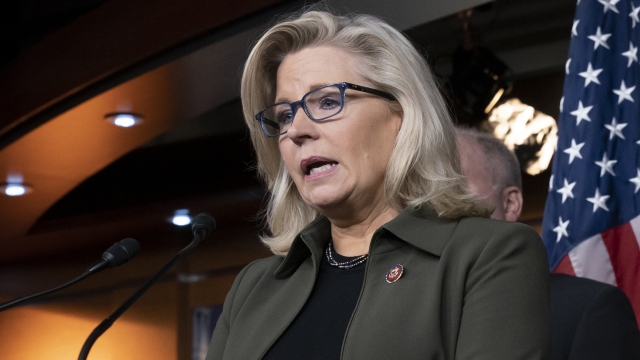 It's unlikely she will step down on her own, but the likelihood of her being removed is certainly very high.

If you look at the numbers that voted for impeachment, 10 Republican representatives voted to impeach Trump. The vast majority of Republicans, there are 220 of them in the house, the vast majority allowed him to avoid this latest charge of impeachment. The House Minority Leader Kevin McCarthy certainly has the votes to get rid of her.

She's survived up to this point. She's been critical of President Trump in the past. But the sheer numbers, the fact that she voted for impeachment, and the fact that many of her colleagues chose not to, much of her support could be waning, unless some of the leadership in the House actually comes to her defense and say it's important to keep people with a broad support of leadership.

But if they wanted to remove her, they would have the votes to do that.