Rep. Adam Schiff Says There Won't Be Revisions To The Democratic Memo 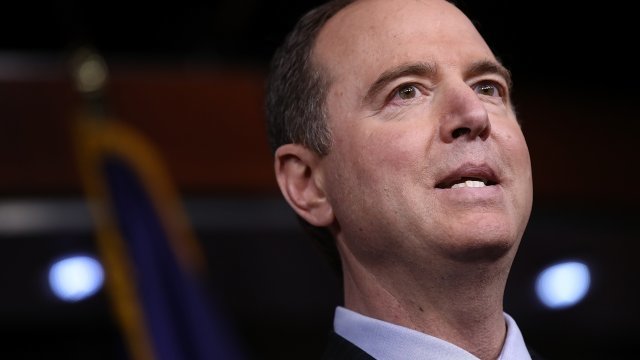 The top Democrat on the House Intelligence Committee says there won't be any changes made to the memo his party drafted as an answer to the GOP's controversial memo.

Rep. Adam Schiff told reporters Tuesday, "We're not going to make any revisions to it. The only question is what redactions will be made. And obviously we'd like to keep those to a minimum."

The Democrats' memo is a rebuttal to one written by Republicans, which alleged the FBI was able to get a warrant to surveil members of the Trump campaign by using the so-called Steele dossier.

One of the president's lawyers said Trump would be willing to reconsider his decision if the House Intelligence Committee revises the memo to "mitigate the risks" identified by the Justice Department.