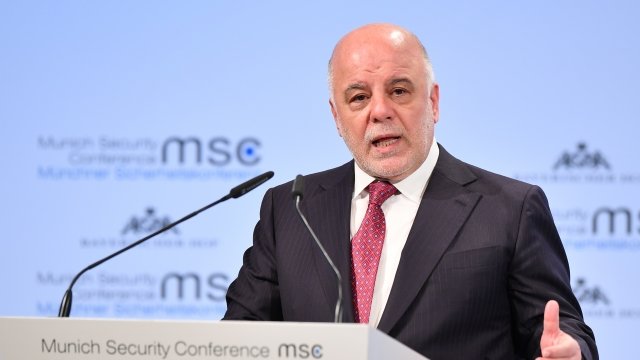 Iraq's leadership has typically tried to stay clear of the feud between the U.S and neighboring Iran. But that's getting harder to pull off after President Donald Trump reimposed economic sanctions on Iran.

Trump's decision to leave the international deal limiting Iran's nuclear program snaps back U.S. sanctions on the country. Soon, anyone who trades with Iran in spite of the sanctions risks being frozen out of the U.S. financial system.

That's really bad news for Iraq, which is heavily invested in both the U.S. and Iran. The country imported $6 billion worth of Iranian goods in 2017, and relies on Iranian energy imports to supplement its weak electricity grid.

But Iraq's central banks rely on their accounts with the Federal Reserve to keep a steady stream of dollars flowing into the country. If those accounts are frozen due to sanctions violations, Iraq's financial system could end up in crisis.

Iraqi Prime Minister Haider al-Abadi is currently trying to deal with the dilemma by insisting that Iraq will keep trading with Iran — it just won't do so using U.S. dollars. 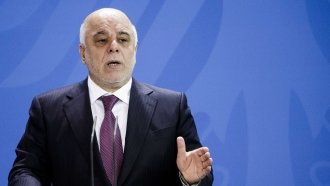 That stance could further weaken Abadi's already tenuous position. Iraq still has to form a new government following its May elections, and ongoing protests over chronic shortages have bled away the political support Abadi needs to stitch together a coalition.

Ultimately, this latest flare-up between Iran and the U.S. could end up pushing Iraq away from both countries. Iraqi officials have reached out to Saudi Arabia and Kuwait to cover some of their energy shortcoming.