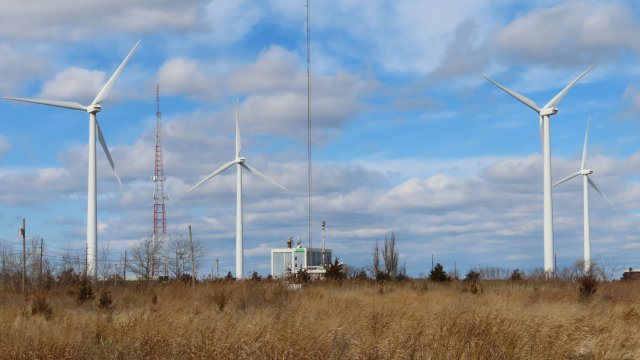 The world’s leading clean energy companies and policymakers are converging in San Antonio. The goal is to accelerate clean and renewable power sources, and meet a 2035 deadline of a net zero carbon electricity grid.

Texas tops the list of U.S. wind power-producing states. It has more than double the production of any other state, and the top five states — Texas, Iowa, Oklahoma, Kansas and Illinois — generate more than half of all wind power in the country.

Most of our power here in the U.S. comes from burning natural gas. Coal plants dropped prior to the pandemic, but started firing up again as demand increased for the first time since 2014.

When you break down renewables, wind is king. Its share grew 12% last year. Solar is slowly climbing and hydroelectric power is dropping. You need water to make hydro power, and the megadrought gripping the Western U.S. dried up reservoirs like lakes Mead and Powell. If there’s no water in the reservoirs behind the dams, there’s no way to generate power.