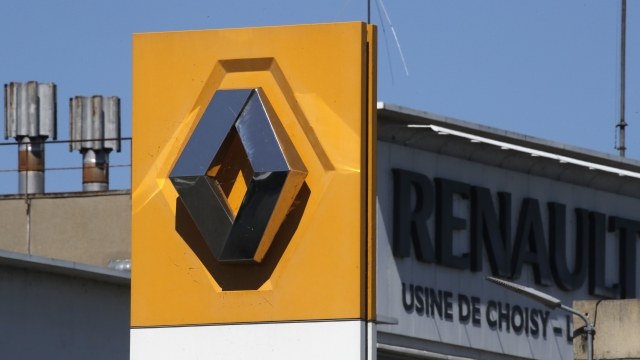 SMS
Renault To Cut Nearly 15,000 Jobs
By Meg Hilling
By Meg Hilling
May 29, 2020
Jobs cuts come as company tries to save $2.2 billion over the next three years.
SHOW TRANSCRIPT

French auto manufacturer Renault announced it will be cutting close to 15,000 jobs as the company struggles financially amid the COVID-19 pandemic.

In a press release issued Friday, the company says the cuts are part of a plan to save more than $2.2 billion dollars over three years and "to lay the foundations for a new competitiveness."

In addition the company says it aims to reduce its global production capacity of vehicles from 4 million to 3.3 million by 2024.

The BBC reports that the cuts and reductions follow a 25 percent drop in sales during the first three months of 2020. According to the outlet, the company is currently working to negotiate an emergency loan package with the French government.

Renault isn't the only auto manufacturer making changes amid the coronavirus outbreak. On Thursday, Renault's partner Nissan announced it would be closing auto plants in Spain and Indonesia in an effort to correct its declining financial situation.