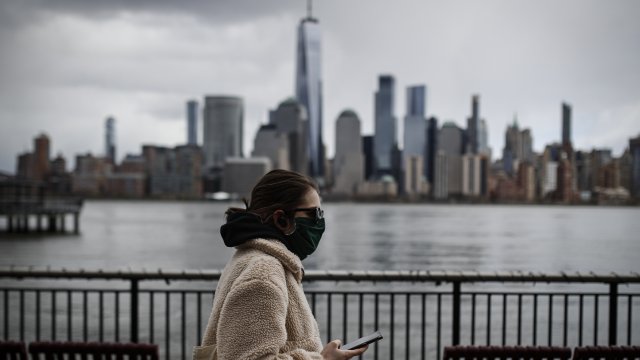 SMS
Remote Work May Not Fuel Moving Boom
By Bianca Facchinei
By Bianca Facchinei
September 2, 2020
Some firms entice employees working at home to remain near the office through different pay scales while others prohibit moves altogether.
SHOW TRANSCRIPT

Remote work has given millions of people the freedom to work from anywhere. And that’s led to plenty of speculation about the future of American cities.

So will workers pack their bags and head to a cheaper, more spacious destination? It might not be as simple as it sounds.

“You can be remote from anywhere without needing permission from your supervisor or manager, as long as you’re working on our same time zone,” said Christen Brandt, co-founder and CPO of She’s the First.

Christen Brandt is the co-founder of She’s the First, a nonprofit with offices in New York City and Nairobi. Since the pandemic, she’s allowed her employees to work remotely from anywhere. And they get to keep the same salaries, which are tied to cost of living. But once the pandemic is over, they’ll have to go in for meetings, which happen six to eight times a year.

“We still do a number of trainings, a number of conferences. Our organization hosts a lot of in-person events. So when those are able to start again, employees are still going to need to be part of that process,” Brandt said.

She’s the First is one of many businesses offering a full-time remote work option. Major companies in sectors from tech to food are letting employees work from home. But some of those arrangements come with caveats that could discourage moving far. For example, Facebook announced that salaries for employees who work from home and move away from the Menlo Park headquarters will be lower than those who stay. And it’s not just the company policies that make moving around tricky right now.

“It’s really going to create a headache for an awful lot of people when they go file their tax return next year,” said Nathan Rigney, lead tax research analyst at H&R Block.

Moving from one state to another could mean paying more in taxes. Because the rules vary by state, it’s key to keep track of your hours.

“Keep good records of when you started working at home and when you return to the office, if you do,” Rigney said.

It’s estimated that about a fifth of Americans have moved since the pandemic began because of the outbreak. But renters are still searching for housing in cities denser than their current one, and urban home prices haven’t fallen just yet.