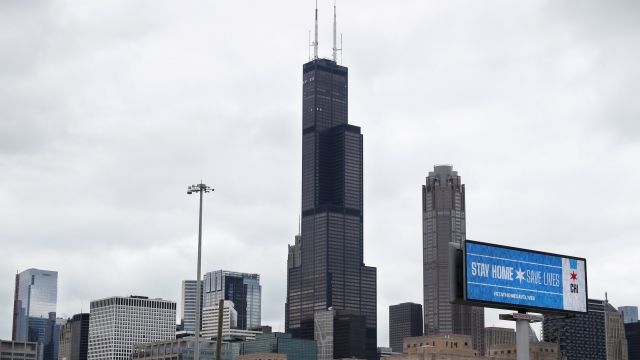 Safety hasn't been synonymous with Chicago in recent months, especially when it comes to young people. More than 200 minors 17 years old or younger have been shot this year. Thirty kids have been killed, according to a Chicago Tribune tally.

So when the Chicago Public School district announced COVID-19 would require students to learn remotely for the first quarter this fall, parents and community members were left with some serious safety concerns.

"School is a safe haven for some kids because, you know, you never know what some kids are going through, at home," Zhane Davenport said.

Zhané Davenport is a mother and a member of GoodKids MadCity Englewood, a youth-led organization working to end violence in Chicago through advocacy and community empowerment. She says for many kids at risk for violence in the city, school is often the safest and most stable part of their day. Without it, these kids could face serious struggles.

"Who's to say that everyone is going to participate in the remote learning, you know? And it's like, I don't think CPS has enough resources where they can go and do wellness checks on students," Davenport said.

Alderman Jason Ervin of the city's 28th ward says the situation is complicated by the fact many parents have to return to work and are left struggling to find supervision for their kids during the school day.

"It's critically important if we expect them to learn. I mean, while they're in school, they are, you know, constantly under adult supervision," Alderman Jason Ervin said.

BUILD Chicago is a longtime youth development and gang intervention organization in the city. It is one of many organizations working to support young people during this pandemic — especially following a summer marked by shootings.

"It's violence like we've seen before in some ways, but then in other ways, it's very different. Children are dying, even inside their own home, bullets are piercing their windows and coming in and killing them while they're on their own couches," Adam Alonso said.

Adam Alonso, the CEO of BUILD Chicago, says his team is working to organize volunteers to assist kids academically either virtually or in smaller groups, as well as provide them fun and safe spaces to spend some time.

"So in many ways, I think it's really about...they have an opportunity to not think about what their reality is. And so we try not to talk about 'hey, it's real shitty out there, isn't it?' Right? We just, it's more like 'how are you enjoying your day?' Right, let's, 'I want you to stay in this moment because for the hours we have you, this should be protected space for you,'" Alonso said.