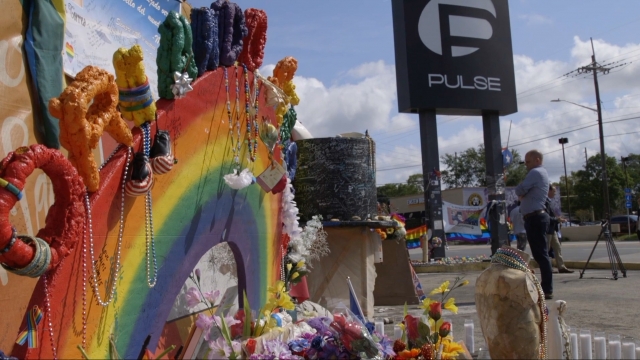 The tragedy in Orlando made Catholic leaders think about the treatment and inclusion of the LGBTQ community.

As we reach the fifth anniversary of the Pulse Nightclub shooting, a new ally has emerged for the LGBTQ community.

"For too long, Catholics have treated the LGBTQ community as other. But for the Christian, there is no other, there is no them. There's only an us."

Following the shooting at a gay nightclub where 49 people died and 53 were wounded in Orlando, Florida; Father James Martin wrote a book about bridging the divide between Catholics and the LGBTQ community. Pulse was one of the largest mass shootings in U.S. history. …  devastating a large portion of the LGBTQ community.

"Even in death, this community was largely invisible," said Martin.

Next week the Tribeca Film Festival will feature a movie highlighting Martin’s conversations, including about the LGBTQ community in the Catholic Church.

"This group is probably the most marginalized group in the church. I mean, I hear stories literally daily," says Martin.

The Church says homesexual acts are still considered a "sin" and “homosexual tendencies” are quote: “objectively disordered.”  But after the shooting . … from the archdiocese in Chicago to a leading German cardinal - across the Western world some Catholic leaders have called for changes to the treatment of gays and lesbians.

"I mean, we have to remember that Pope Francis is the first pope ever to even use the word gay in public," said Martin.

The Pope said the church should not just apologize to the community for its ill treatment but also Christians must ask for their forgiveness. For the Pope to have made that statement was groundbreaking. It was, in a sense, acknowledging the LGBTQ community.

But still — the Church doctrine hasn't changed and same-sex unions aren't blessed. But Martin says contraception even by married couples is a sin and that's the analogy the priest uses.

"They're therefore going against church teaching, but they're still Catholic," said Martin. Martin's point — regardless of sexual orientation, a baptized Catholic is still Catholic.

"It didn't work to pray it away." Brent Taghap is part of AGLO, the Archdio-CE- SAN Gay Lesbian Outreach in Chicago, a practicing Catholic community. He and others are out and are proudly practicing their faith. "Fully living my truth made me realize there's nothing wrong with being gay," said Taghap.

The tragedy at Pulse sparked conversations of LGBTQ treatment and inclusion, but Martin says the church still has a long way to go in terms of welcoming this community. He quotes another priest: "God loves you and the church is learning to love you, which is both true and hopeful and a little sad. And I think we're still there. We're still learning how to love this community."