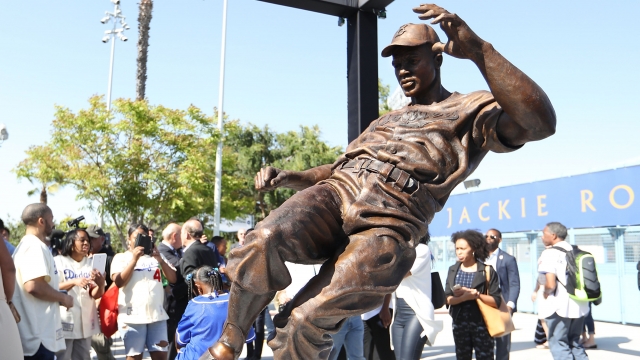 SMS
Remembering Jackie: A Conversation With Sharon Robinson
By Newsy Staff
By Newsy Staff
January 31, 2019
On the 100th birthday of one of the most iconic figures in sports, Newsy spoke with Jackie Robinson's daughter about the impact his legacy still has.

The Hall of Famers will come and go in baseball, but there may never be a more iconic name in the sport — or sports in general — than Jackie Robinson.

On his 100th birthday, "The Briefing's" Jay Strubberg interviewed his daughter Sharon Robinson about her father's legacy and the positive things the Jackie Robinson Foundation is still doing to help others.

"The Briefing" airs Mondays through Fridays from 1-3 p.m. ET on the Newsy channel. Click here to check local listings.