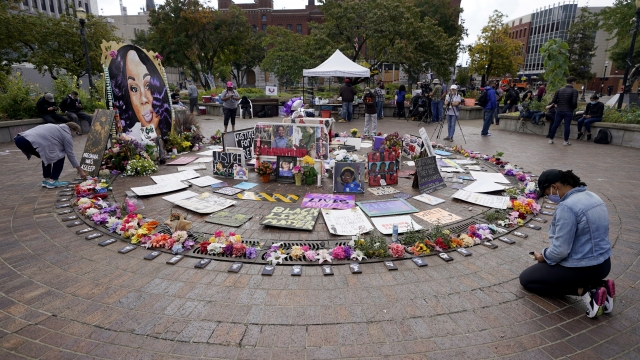 Taylor was shot multiple times while officers were executing a search warrant as part of a narcotics investigation.

Saturday marks one year since Breonna Taylor was shot and killed by Louisville police inside her home.

Her death strengthened the “say her name” movement, shining a light on Black women killed by police.

Her story has also inspired cities and states to either ban or restrict no-knock warrants.

Taylor was shot multiple times while officers were executing a search warrant as part of a narcotics investigation. No drugs were ever found in the home. And no officer has been charged in her death.

In honor of Taylor's life and legacy a rally and march will be held tomorrow at Jefferson Square Park where there was once a large memorial for her. Pieces have since been moved to a local museum, but you can see flowers still surround the area.