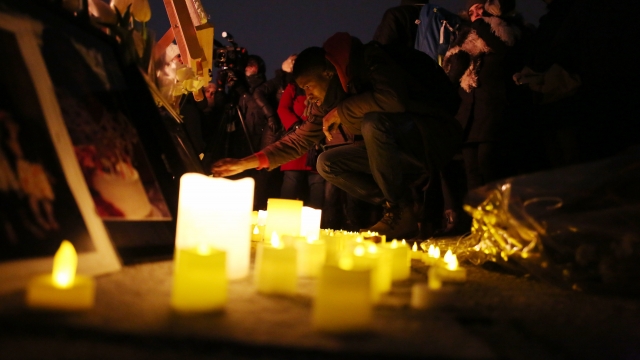 The bodies of 11 Ukrainian citizens killed in the accidental downing of a passenger jet in Iran earlier this month have been returned home.

The victims' remains arrived at Boryspil International Airport Sunday. Ukrainian President Volodymyr Zelenskyy and other senior officials solemnly looked on as the flag-draped coffins were carried from the plane to hearses waiting on the tarmac.

Funerals for nine crew members and two passengers are expected to be held this week.

Ukrainian International Airlines Flight 752 crashed shortly after taking from Tehran on Jan. 8. All 176 people on board the plane were killed.

The plane crash came the same day Iran fired more than a dozen ballistic missiles at bases housing U.S. and coalition troops in Iraq. That was in response to the U.S. targeting and killing Iranian military Major-General Qasem Soleimani.

Also on Sunday, Iran denied previous reports it would send the plane's black boxes to Ukraine. Multiple countries that had citizens on board the flight have demanded a full investigation into the crash and compensation for the victims' families.