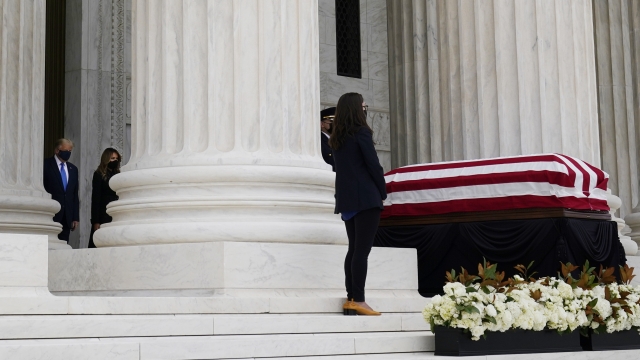 The justices attended a private ceremony honoring Ginsburg in the court's Great Hall. It's the first time they've been together since March, when the Supreme Court building was closed due to the pandemic.

Chief Justice John Roberts remembered Ginsburg as tough and brave and said her decisions would steer the court for generations to come.

"There, she won famous victories that helped move our nation closer to equal justice under law — to the extent that women are now a majority in law schools, not simply a handful", said Chief Justice Roberts.

Other U.S. officials came to visit Ginsburg's memorial on Thursday, including President Donald Trump. The president was met with some hostility from the crowd, who booed and chanted "vote him out."