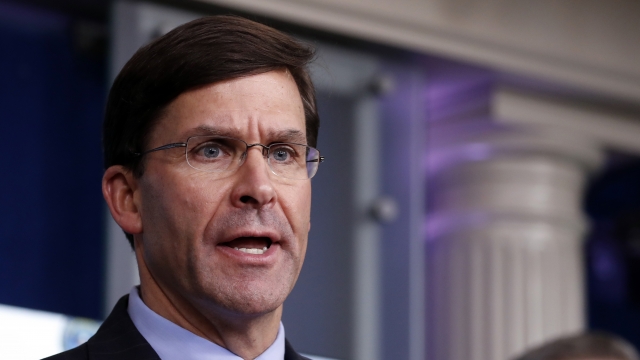 Army Secretary Ryan McCarthy told reporters Friday that Defense Secretary Mark Esper ordered the remainder of the 1,600 active-duty troops in Washington, D.C., to return to their home base.

The day before, Esper ordered about 700 of the active duty troops to go back to Fort Bragg in North Carolina. The decision comes after days of peaceful protests in D.C. and because the city has enough National Guardsmen to help local law enforcement.

McCarthy said another 3,900 National Guard members from around the U.S. will be arriving in D.C. That's in addition to the 1,200 D.C. National Guardsmen already there.

The guardsmen have been ordered not to carry weapons.

McCarthy also announced the D.C. National Guard is conducting an investigation of an incident on June 1 where a helicopter flew low over protesters, intimidating civilians. McCarthy said the crew that flew the helicopter has been grounded.