16 Shots And A Video: Uncovering The Laquan McDonald Shooting 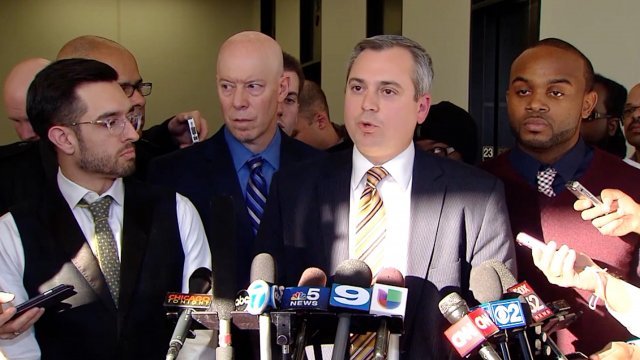 Laquan McDonald was shot and killed on Oct. 20, 2014. At the time, no officers were criminally charged in the shooting. Six months later, notably after Mayor Rahm Emanuel was re-elected, the city of Chicago paid the McDonald family a $5 million settlement. And while the video was known to exist, it still had not been released to the public.

Craig Futterman, University of Chicago law professor: "When 17-year-old Laquan McDonald was shot by a police officer, I saw, like many other people, a couple paragraphs. What stood out was that absolutely nothing stood out."

Craig Futterman: "But within a couple weeks, I got a confidential call from someone within law enforcement who told me about the video. ... They had seen this stuff throughout the years and years and just said, 'Craig, enough of this. We really need to do something to stop this; can you please help?'" Futterman added: "At first, it felt like we were voices in the wilderness, so to speak, and then bit by bit as we investigated everything that I first learned that day by that caller checked out."

Will Calloway, Chicago social justice activist: "So March 2015, I'm watching the news. Carol Marin, she's a reporter for NBC 5, she was interviewing an attorney representing Laquan's family. And what he saw and what he illustrated the way he seen on the video just was completely disturbing, right? I'm thinking like, 'Did y'all listen to what he just said? Am I the only one who just heard what he just said?'"

Will Calloway: "So I always kept that in mind, like it's this dashcam video, right? So fast-forward April, Rekia Boyd."

22-year-old Rekia Boyd was shot and killed by an off-duty Chicago police detective in March 2012. Former Detective Dante Servin fired at four people in an alleyway after getting into a verbal altercation with one man in the group. Servin's bullet hit Boyd in the head, killing her. Servin was found not guilty of involuntary manslaughter in April 2015.

Will Calloway: "I just went into like this real big state of depression, right? Like we been marching, we been protesting and we lost. I just was praying and asking God like man we need a strategy, like what is we doing? We have to let the world know what's going on here in Chicago. I just kept hearing like Laquan McDonald. Go get that tape, go get that tape."

Brandon Smith, independent journalist: "Will just said, 'Hey, this video's not out. I guarantee a bunch of reporters have tried to get it.' They've been unsuccessful, clearly, since we don't have the video. And so probably what it's gonna take is a lawsuit."

Will Calloway: "So I got connected through a mutual friend to an independent journalist by the name of Brandon Smith. And Brandon like specializes in FOIA (Freedom of Information Act), like that's what he does. Like, he live and breath that, right?"

Brandon Smith: "There's no other law that says that people have to give you information. That's the only one. And you're entitled to that information, you don't have to be a journalist. Sometimes you hear people say good journalism gives a voice to people who don't have a voice. That's not true, necessarily, because people without power are often raising their voices. They have voices, they've been speaking out about stuff for a long time, but people haven't been listening."

"It was this case where initially the police had lied about the situation. It happened in October. In February, Jamie Kalven publishes the piece with the autopsy, which showed that the police lied. … Because at that point we knew that police had lied, something was up. It warranted further investigation," Smith said.

Will Calloway: "We filed the FOIA for it; the city denied it. They kept stalling. That's what they was doing. So this is about May — by time the summer come we're like, 'Look, we going to court. We're not going to play with y'all.' So we hired a lawyer, Matt Topic. Matt's the truth."

Matt Topic, Loevy & Loevy attorney: "Brandon Smith came to me. I had represented him as a journalist in another FOIA case. Everybody in town, all the media had asked for it, and nobody was getting it. And nobody was filing a suit to do anything about it. So he asked me if I would file the case and I said, 'Yeah, absolutely.'"

Matt Topic and Brandon Smith filed suit against the city of Chicago in August 2015, asking a judge to force the city to release the video to the public. The case was heard by Judge Franklin Valderrama.

Matt Topic: "So what the city was arguing is that it would interfere with the pending investigation by IPRA, Independent Police Review Authority. One, we weren't convinced that anyone was really investigating anything. It had been well over a year, it had seemed like the thing had stalled out.

Will Calloway: "Matt did his thing. He had oral arguments against the city for why the video should be released. He was really dope, represented us well."

Matt Topic: "We wanted it released now because we really thought nothing was gonna happen unless the video was released, and there was a public demand that the powers that be do the right thing in this case because historically they sure as hell haven't done the right thing in these kinds of situations."

Will Calloway: "He came back on Nov. 19. He told the city, like, we find in favor of Brandon Smith and you need to release that. That was probably one of the the fastest, longest five days in my life."

Matt Topic: "Showing up on the day when we got the decision and it was a packed courthouse, and media was all there and it was all, you know, ready to go. I mean, that's when we really knew it was gonna be like it was."

Judge Valderrama ruled against the city on Nov. 19, 2015. Five days later, former officer Jason Van Dyke was charged with murder just hours before the long-awaited dashcam video was released to the public.

Brandon Smith: "That was an execution of Laquan McDonald. And he should have been given due process."

Craig Futterman: "It was the first time even within my lifetime that an on-duty Chicago police officer was ever charged and criminally prosecuted for shooting a black man, woman or child."

The release of the video was followed by the firing of the Chicago PD superintendent, the ousting of the former Cook County state's attorney and plans for the Chicago PD to adopt a new use-of-force policy. 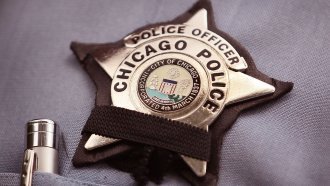 Craig Futterman: "You can't put the jack back in the box. It's out there. People can still say we don't care about this, but you can't just deny this basic reality."

Brandon Smith: "So how did it feel to be a part of it? Good, but there's a lot of work left to do to find out why violence is happening, a whole lot."

Matt Topic: "I was thrilled that I could maybe just kind of topple the thing over but other people, many, many other people, worked for a very long time to build that thing that got tipped over."

Will Calloway: "It took that video to show not only the naysayers and the unbelievers in our own city, but across the country of what we was saying about police brutality was real. That unarmed black men and women were getting unjustifiably shot in the streets of Chicago and in inner-city black communities all across the country. So no longer can you say, 'Oh, they just in the streets being annoying' or that a victim of police brutality had it coming or they shouldn't have been combative, they should have complied. You know what I'm saying? So that eliminated all of that, with that one video."

Along with a first-degree murder charge, Van Dyke now faces 16 counts of aggravated battery — one for each shot fired at McDonald. Van Dyke remains free on bond with no trial date set.