Relationship Between Prosecutors And Police May Be Changing 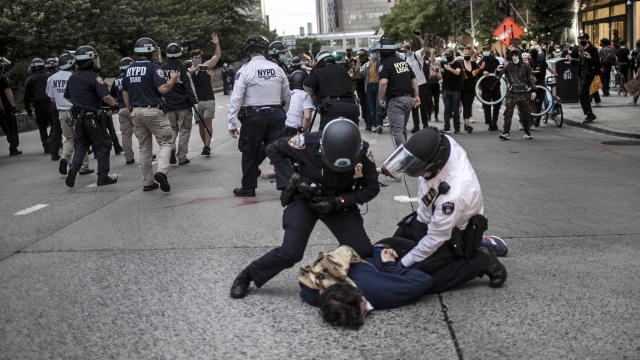 The relationship between prosecutors and law enforcement appears to be shifting, as police officers are being met with murder and other charges amid nationwide protests against police brutality and racism.

The Associated Press reports that progressive prosecutors are seeking criminal justice reforms to better hold police accountable for wrongdoing. The news outlet notes that historically, officers are rarely charged — much less convicted — for deaths in the line of duty.

Prosecutors from various cities tell the AP they're hopeful the charges being brought against police officers accused of wrongdoing show the public that the criminal justice system is facing a serious overhaul.

Among the changes prosecutors are pushing for: ending laws that conceal police records, and prohibiting prosecutors from accepting campaign cash and police union endorsements. Some lawmakers are also looking to implement independent state prosecutors to investigate police misconduct and abuse.