Conflict Zones Are Even Harder To Escape For Those With Disabilities 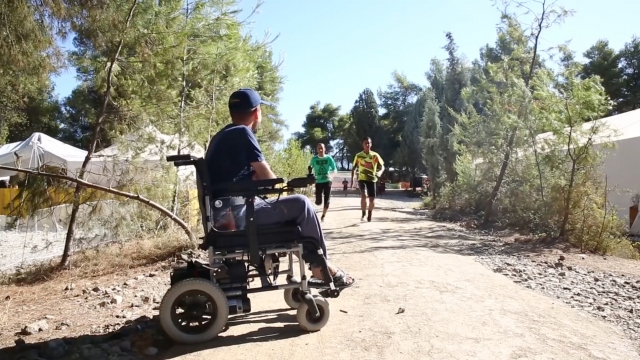 SMS
Conflict Zones Are Even Harder To Escape For Those With Disabilities
By Melissa Prax
By Melissa Prax
September 11, 2016
Those who do escape get less care in refugee camps than their able-bodied counterparts.
SHOW TRANSCRIPT

As millions flee from violence and conflict zones around the world, those with disabilities are often neglected.

"If I were able to walk, they wouldn't have left me," a Central African Republic girl with polio told Human Rights Watch.

Violence in conflict zones leaves even more people with disabilities, and they don't always know how to get help for their injuries.

Also, aid efforts and refugee camps struggle to be inclusive. Some rights groups have called out the lack of medical care, sanitation and food accessible to those with disabilities. Plus, having a disability in a conflict zone means you're more likely to be subjected to abuse and violence.

About 15 percent of people worldwide have a disability. But most of the people spearheading and planning aid efforts don't have one themselves.

Advocacy groups say the biggest barriers they face are awareness and funding, and while recent efforts hope to change that, it's still hard to tell how big an impact it will have.