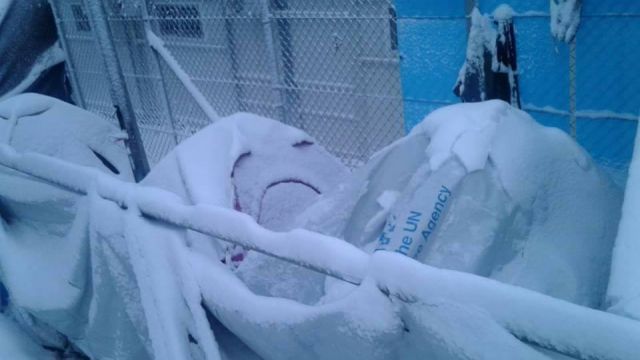 SMS
Winter In Greece Means Snow, Rain And Freezing Temps For Refugees
By Jake Godin
By Jake Godin
January 13, 2017
Refugees and migrants at a camp on the Greek island of Lesbos are suffering from wintry conditions and poor shelter.
SHOW TRANSCRIPT

Moria, a Greek refugee camp on Lesbos island, had heavy rain on Friday, snow on Saturday, then more rain on Wednesday. Welcome to winter in Europe.

Aid groups say thousands are stuck in wintry conditions not only on Lesbos, but on other Greek islands and throughout Eastern Europe. For many, the only shelter is a flimsy tent with no access to heat or electricity.

Hanne Lossius, a Greece-based doctor and coordinator with the Syrian American Medical Society, says the Moria camp is not meant for long-term stays.

"Essentially, everyone needs to move out of Moria. Moria is an outdoor prison. Moria is not fit for human beings, and no one should have to stay in Moria or camps such as Moria," she said. 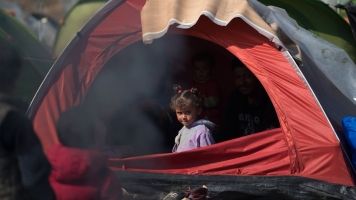 Mehdi Shams, a translator living in the Moria camp, appeared in a recent United Rescue Aid video explaining how dire the conditions were. In the video, he points out snow-covered tarps and says he doesn't think they'll be any good because of how cold it is.

The Greek navy recently sent a ship to the island to house some 500 refugees, but aid groups are calling for an evacuation of all the refugees.