How Turkey's New Constitution Changes The Power Of The Presidency 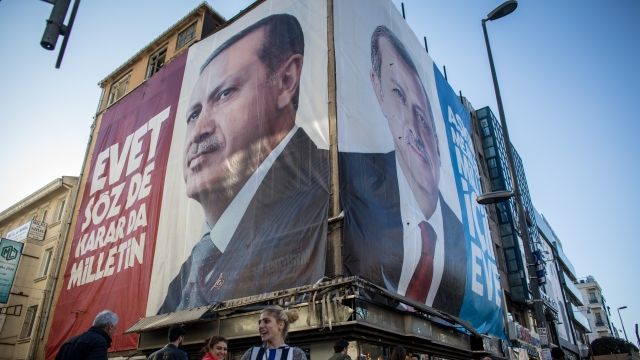 SMS
How Turkey's New Constitution Changes The Power Of The Presidency
By Jake Jones
By Jake Jones
April 14, 2017
Turkish citizens voted for a new constitution that concentrates power in the presidency.
SHOW TRANSCRIPT

Turkish President Recep Tayyip Erdogan got his wish after a sly 51 percent of Turks voted to give him more power under a new constitution.

Turkish citizens voted for what some are calling a "de facto dictatorship." The referendum approved Sunday established a presidential system of government, stripping away certain legislative and judicial oversight.

Erdogan's supporters argued that a "yes" vote enables the president to speed up policy implementation that's normally complicated by Parliament. A failed coup attempt led his supporters to call for a strong leader to quell future plots.

Turkish opinion polls predicted a close race, but favored a victory for the "No" campaign. The final count showed just over 51 percent of Turks threw their support behind Erdogan gaining more power.

The U.S. has long been allied with Turkey and has appeared to support Erdogan in the past — the Obama administration denounced last year's coup attempt against him.

Turkey has arrested or suspended more than 140,000 people since the coup attempt and has jailed the most journalists out of any country in the world.

The Trump administration has also maintained ties with Erdogan, though the U.S. support for Kurdish rebels fighting ISIS has been a wedge issue between the two nations. 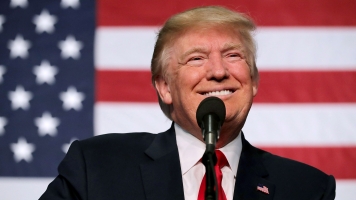 Trump's Business Ties In Turkey Might Already Be Causing Problems

Ahead of the vote, critics of the referendum said Turkey would face problems regardless of its results.

The "No" campaign complained about voter intimidation and suppression. Shortly after Erdogan declared victory, Turkey's opposition party announced it would challenge at least 37 percent of the vote.