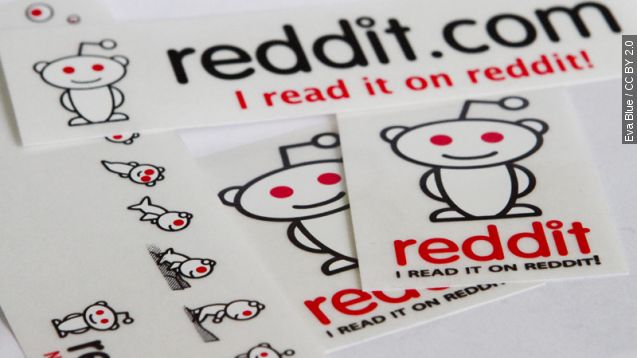 Chief engineer Bethanye Blount is leaving Reddit, making her the third high-profile female staffer to exit in a matter of days.

It's been a rough few weeks for Reddit as the social media site is dealing with the departure of another high-profile female staffer.

Chief engineer Bethanye Blount is leaving the website after just two months on the job. (Video via O'Reilly Media)

This comes just days after Reddit's CEO, Ellen Pao, resigned amid an online uprising against her — an uprising that started when the site's "Ask Me Anything" director Victoria Taylor was fired. (Video via BBC and Re/code)

It's all placing Reddit's future in question. Blount told Re/code, "I feel like there are going to be some big bumps on the road ahead for Reddit" and said she lost faith in the company's new direction.

That's similar to the reason Pao gave for stepping down: "The board asked me to demonstrate higher user growth in the next six months than I believe I can deliver while maintaining Reddit's core principles."

While that's the story Pao is sticking to, speculation is the uproar over Taylor's firing and gender discrimination were also factors.

Gender discrimination in Silicon Valley has long been documented and is something Pao spoke with ABC about earlier this year.

"You're just constantly trying to get that equal playing field but being taken out of it step-by-step," Pao told ABC.

Whether it's business strategies or gender discrimination plaguing one of the world's most visited websites, Reddit is certainly at a crossroads. (Video via Reddit)

As Fortune notes, "Reddit is caught between its past as an anarchic, anything-goes, free-speech-at-any-cost kind of community and its potential future as an actual business with a CEO and all the other trappings of a modern corporation."

What lies ahead will fall on Reddit's co-founders, Steve Huffman and Alexis Ohanian. Huffman's taken over as CEO since Pao's departure, while Ohanian remains the site's executive chairman. Will they go back to the basics or continue on the current route? (Video via Udacity and Verge)