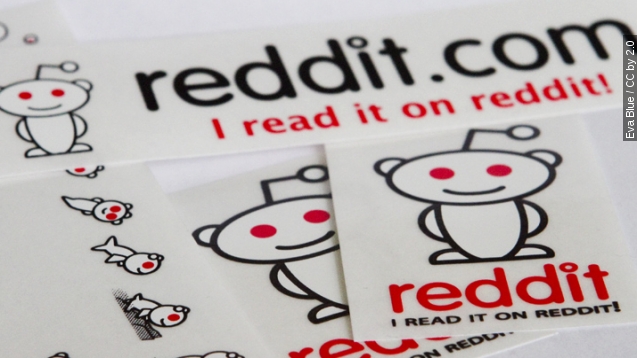 SMS
Reddit Revolt Ends, But What Will It Change?
By Ben Lawson
By Ben Lawson
July 5, 2015
Reddit's protest of the site's leadership has ended, but the relationship between the company and the site's community still seems pretty frosty.
SHOW TRANSCRIPT

Reddit's revolt against the site's leadership has ended rather quickly, but what that means for the community's relationship with administrators is still uncertain.

Over the weekend, the volunteer moderators of about 50 of the most trafficked subreddits set their threads to private, essentially shutting down large portions of the site. The lockdown was a response to the firing of a popular paid-staffer who ran the site's "Ask Me Anything" sections. (Video via Reddit)

If anything, the closures reminded Reddit's administrators just how essential their independent and volunteer moderators are.

In a post about the shutdowns, a moderator argued, "The admins do not respect the work that is put in by the thousands of unpaid volunteers who maintain the communities of the 9,656 active subreddits."

The revolt drew a lot of attention and generated a lot of headlines, including from major outlets like The New York Times and The Guardian.

She said in a Reddit post, "We haven't helped our moderators with better support after many years of promising to do so. ... This year, we have started building better tools for moderators and for admins to help keep subreddits and reddit awesome."

Pao went to say those tools will take some time. She has yet to lay out any specifics on how the company aims to improve communication.

And the community has vocally said they want Pao gone. There is currently a Change.org petition calling for her to be fired with more than 130,000 signatures.

So if there's a clear plan for where Reddit is going, no one seems to be sharing. The administration desperately needs to make the site profitable but its users aren't making that an easy task.

In order to attract more advertisers, Reddit's administrators are trying to stamp out racist or offensive content. The community often regards those moves as unjust censorship. (Video via Reddit)

If Reddit doesn't handle its community carefully, it might go the way of Digg, a similar discussion site that spurred its users to a mass exodus over some aggressive monetization efforts.

This video contains images from Getty Images and Eva Blue / CC by 2.0.