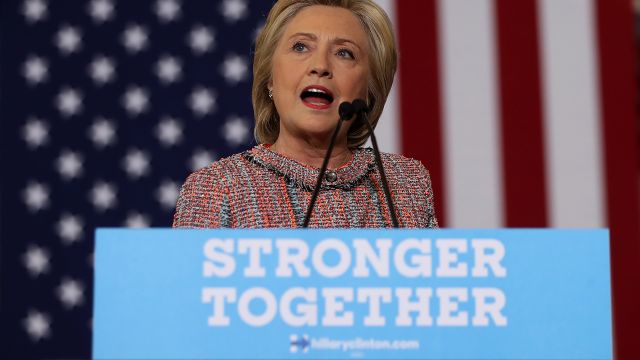 SMS
Clinton's Email Scandal Is Back In The News Again — Because Of Reddit
By Matt Picht
By Matt Picht
September 20, 2016
A Reddit post has cast fresh suspicion on the people involved with Hillary Clinton's private email server.
SHOW TRANSCRIPT

The Hillary Clinton email scandal rolls on. This week, it's a suspicious Reddit post fueling claims Clinton conspired to erase some of her emails from the public record.

The new development centers on Paul Combetta, the Platte River Networks specialist last seen repeatedly pleading the fifth in front of the House Oversight Committee. Combetta previously admitted to the FBI he deleted some of Clinton's emails despite a Congressional order not to do so.

Both the Clinton camp and Combetta's employer said he acted alone, and the U.S. Justice Department granted him immunity during its investigation, so ... case closed? Not quite.

The key word here is "they." If the post is from Combetta, and if it refers to Clinton, then it seems to suggest Combetta was acting on someone else's orders when he deleted Clinton's emails.

The post has prompted renewed scrutiny from the House Oversight Committee, and the chair of the Science Committee is demanding an interview with Combetta and one other Platte River Networks employee.

Rep. Lamar Smith wrote in his letter requesting the interviews: "These details raise new questions as to whether Platte River Networks purposefully defied legal document retention requirements. Further, it is unclear if the Federal Bureau of Investigation was aware of these facts at the time of their investigation."