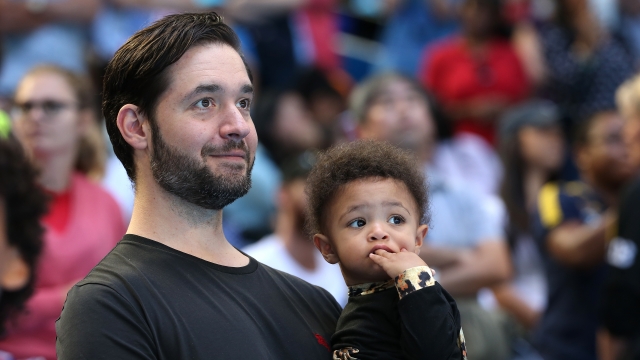 Tech entrepreneur Alexis Ohanian says that when he was born in 1983, his father took a single day off work — a vacation day. He says a father should never have to choose between his child and his paycheck, and on Tuesday the Reddit co-founder took that message to Capitol Hill.

Tennis champion Serena Williams — Ohanian's wife — experienced life-threatening complications following the birth of their daughter. Unlike a lot of people, Ohanian says, he didn't have to worry about choosing his family over his job — and that's why paid leave is so important.

He said: "I know it's going to happen — it's not a question of if, it is a question of just when. And I look forward to, one day, being back here celebrating a law that actually covers every American for paid family leave. But I know you all have been great advocates — we're your allies in this fight."

Ohanian presented lawmakers with a 36,000-signature petition supporting federally mandated family leave. His lobbying efforts were part of "Dad's Day of Action" — an event organized in partnership with the hygiene brand Dove Men+Care.

He said: "We're not experts on policy. So together with PL+US, we felt like it was a great combination to really use our strength, which is about driving awareness and talking to the millions of people we that we reach every day around the issue, and raising it's kind of relevance and it's impact while driving for legislative change. So that's why we're here today."

The U.S. Department of Labor reports 9 out of 10 men take some time off after the birth of a child, but the majority return to work within a week. And nearly a quarter of women are back at the office within two.

The 1993 Family and Medical Leave Act currently allows 12 weeks of protected, unpaid leave related to the birth of a child or to care for a sick relative. In 2004, California became the first state to offer paid family leave, but only a handful of states since then have adopted similar legislation despite bipartisan support at the federal level.

The advocacy group Paid Leave for the United States (PL+US) reports that while many men plan to take leave, nearly a third believe it will have a negative impact on their careers. And only half think their bosses would support it, anyway.

Katie Bethell, the founder and executive director of PL+US, said: "When you think about what does it mean to have paid family leave for businesses in America, especially for small businesses, this is a huge boon. If you think about what paid family leave means for the American economy, we actually know that having paid family leave in the U.S. — if we had a policy similar to what they have in many European countries of at least six months — we'd actually add over $500 billion to the economy each year just by the increase in women participating in the workforce. So this is a huge opportunity."