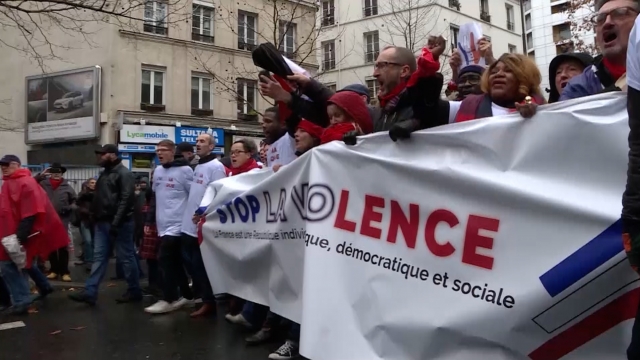 Thousands of people took to the streets in Paris Sunday to denounce ongoing "yellow vest" demonstrations.

The counterprotest group has named itself the "red scarves." Its leader said more than 10,000 people participated in the peaceful protests.

In joint manifesto with other counterprotest groups, the red scarves said they reject the yellow vests and their threats and verbal abuse. Many people held up signs that said "stop the violence."

At least 10 people have died in the yellow vest demonstrations. They originally started in mid-November to protest a gas tax hike but have since expanded to become an anti-government movement.

According to France's interior ministry, around 69,000 people across the country took part in the 11th weekend of yellow vest protests.