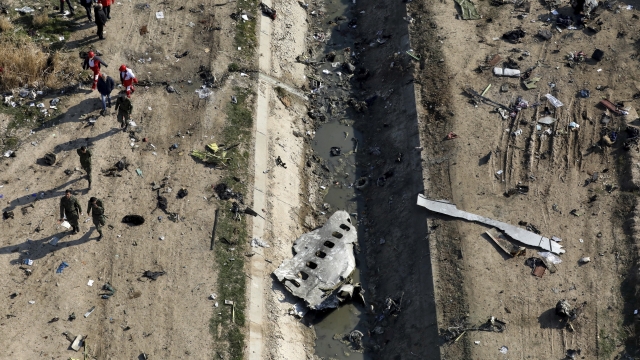 A leaked audio recording reportedly shows Iran had immediate knowledge it was responsible for the deadly Ukrainian airplane crash in Tehran last month. Iran initially denied knowing the cause of the crash, before claiming responsibility for it a few days later.

On the recording, an Iranian pilot can be heard telling an air-traffic controller that he sees "the light of a missile" the night of the crash.

After a Ukrainian TV station aired the recording, Ukrainian President Volodymyr Zelenskyy said the audio "proves that the Iranian side knew from the start that our plane had been hit by a missile."

Iranian authorities confirmed the authenticity of the recording. But they criticized the release of what they called a confidential report and said they will no longer share evidence from the investigation with Ukraine.