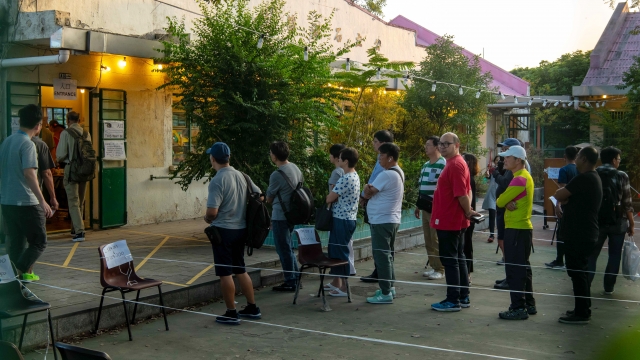 A record 4.1 million people were registered to vote in the first election to be held after months of anti-government protests that began in June. Many see this election as a test of support for Hong Kong's Chief Executive, Carrie Lam.

The city has seen constant unrest since June as a result of a possible extradition bill.

While district elections are usually seen as less important, this election may be more critical. Many are hoping that lower-level representation will travel upward.

There are 117 district councilors who sit on the 1,200-member council that elects the city's chief executive. So, Sunday's results could have a slight impact on whether Carrie Lam is re-elected. Pro-democracy activist Joshua Wong said even if the votes don't go as far as protesters hope, it's the numbers that matter.

He said, "Whether or not [this election] makes a change, it is a reflection of the Hong Kong people's voice. We can use the vote to express our discontent and dissatisfaction with the current government and the police brutality."