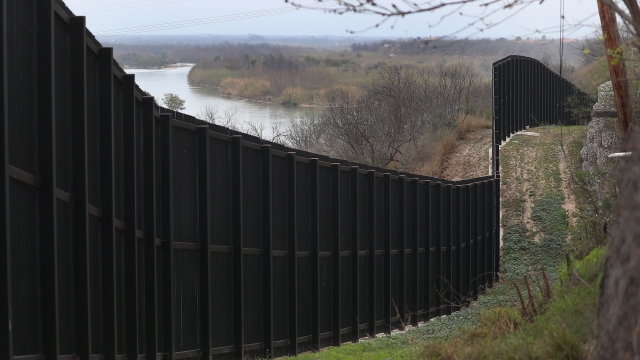 SMS
Record Number Of Illegal Border Crossings In February
By Caitlin Baldwin
By Caitlin Baldwin
March 6, 2019
Customs and Border Protection says apprehensions and unauthorized arrivals were at a 12-year high for the month of February.
SHOW TRANSCRIPT

The U.S. saw a record number of illegal crossings over the U.S.-Mexico border last month.

Customs and Border Protection says it had 76,000 "apprehensions and inadmissible arrivals" in February.

The number of migrant families crossing the border together is already higher for the last five months than it was for the previous 12-month period. Many migrants arrive with health issues or illnesses, and CBP has had to increase medical care efforts during migrant apprehensions. In February, a 45-year-old man from Mexico died in CBP custody. And in December, an 8-year-old boy and a 7-year-old girl from Guatemala who came into the U.S. with their families died.

McAleenan warns the situation CBP is currently dealing with is not sustainable.

"The system is well beyond capacity and remains at the breaking point," he said.

"We face a crisis — a real, serious and sustained crisis at our borders. We have tens of thousands of illegal aliens arriving at our doorstep every month," she said.