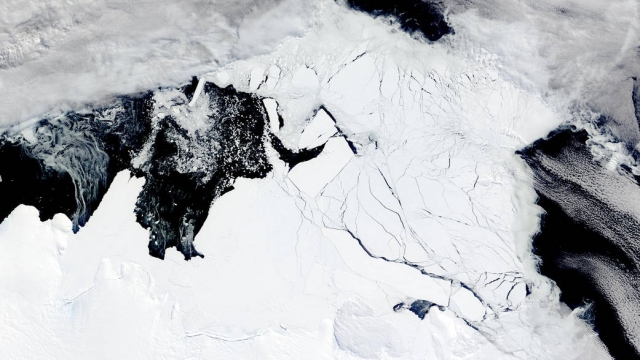 SMS
Sea Ice Levels Have Hit Record Lows At Both Poles
By Ethan Weston
By Ethan Weston
November 20, 2016
Ice levels in the Arctic have declined fairly consistently, but the Antarctic hadn't seen the same decline until recently.
SHOW TRANSCRIPT

Sea ice at both poles is at record lows for this time of year.

That might not sound surprising, but it's actually a first. While ice levels in the Arctic have been fairly consistently declining year after year, the Antarctic hasn't seen the same decline.

In fact, the amount of Antarctic sea ice hit record highs each year between 2012 and 2014.

2015 broke that streak, but that year still saw the 16th highest level of sea ice ever recorded for the Antarctic.

Of course it's hard to compare the Arctic with the Antarctic — they're always in opposite seasons and have different geographies.

And it's too soon to tell if the sudden decline in sea ice around Antarctica is going to become the norm — we'll need a couple more years of data for that.

But sea ice decline is still bad news for humans; major winter storms and strong cold snaps are just a few of the consequences.