Record-Breaking Heat Made 2014 Hottest Year Ever 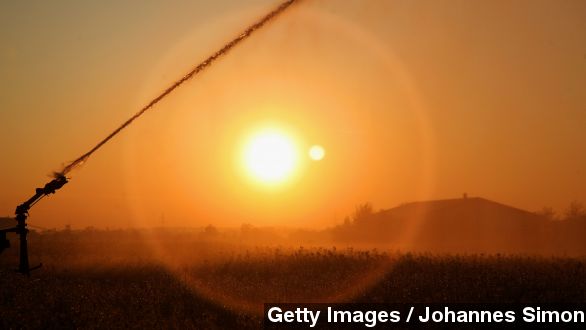 SMS
Record-Breaking Heat Made 2014 Hottest Year Ever
By Jill Ornitz
By Jill Ornitz
January 16, 2015
The year 2014 had the hottest temperatures ever recorded, according to a study from NASA and the National Oceanic and Atmospheric Administration.
SHOW TRANSCRIPT

It may be hard to believe in the dead of winter, but this past year was the hottest on record.

According to a study published by NASA and the National Oceanic and Atmospheric Administration, 2014 was the hottest year recorded since records first started being kept in 1880 and December was 2014's hottest month. (Video via KCBS)

That may come as a shock to viewers in the eastern and central U.S., but the treacherous snow that buried the region definitely didn't effect the entire globe this year.

The surprising thing about 2014's heat was that there were such high temperatures in an El-Niño neutral year. That means the ocean wasn't contributing heat to the atmosphere this year.

The rising temperatures have been attributed to global warming, as the 10 hottest years recorded have occurred since 1997. (Video via NASA)

And, as we've been told before, the planet's reliance on fossil fuels has caused these rising temperatures. Scientists say they won't go down until we decrease our carbon emissions.

"As we continue to increase that, we're going to continue to see warming and more records being broken, not every year, but on a pretty regular basis," Dr. Gavin Schmitt, the director of NASA's Goddard Institute for Space Studies said.