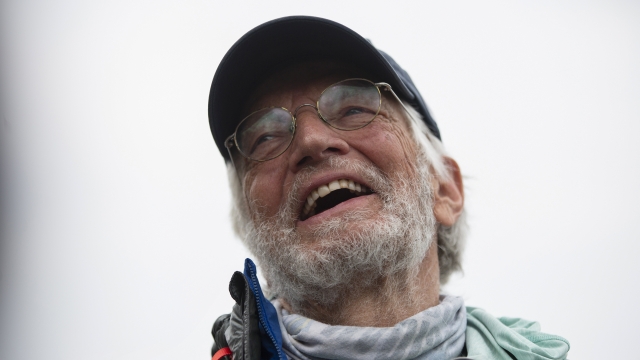 The oldest American to scale Mount Everest and the fastest woman to climb the world's highest peak returned safely from the mountain on Sunday.

Arther Muir is the oldest American to climb the mountain. He's a 75-year-old retired attorney from Chicago who beat a previous record set by a 67-year-old man.

Arthur Muir said: "I got to the top at about 8 and thankfully I was just surprised when I actually got there, but I was too tired to stand up. My summit picture, I am sitting down."

And, Tsang Yin-hung is a 45-year-old woman from Hong Kong who scaled the summit in 25 hours and 50 minutes becoming the fastest woman to climb Mount Everest. The overall fastest record sits at about 11 hours.

Many climbing teams have struggled with bad weather but the Yin-hung says luck was on her side.

"I just feel a kind of release and happy because I'm not looking for breaking records. I just want to challenge myself," she said.

Hundreds of people have pushed through with their expeditions to scale Mount Everest, at a time Nepal is in lockdown battling its worst surge in COVID-19.