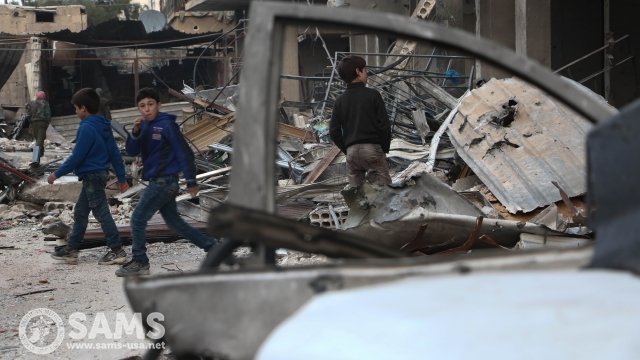 The last remaining major rebel group in Eastern Ghouta, Syria, has reportedly reached a peace deal with the government, according to state media.

If the reports turn out to be true, it would return control of the last rebel-held city in Ghouta to the government. That city, Douma, has been in rebel hands since early in the Syrian civil war.

In March, two other rebel groups in Ghouta agreed to a peace deal that allowed many of their members to leave the area for other rebel-held enclaves.

Earlier Sunday morning, it was announced that rebels in Douma reached a deal with the government and Russian forces to allow critically injured people to evacuate the city.