Reasons Why Teen Birth Rates Are At An All-Time Low 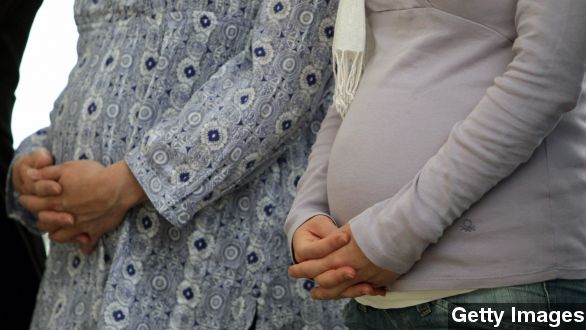 By Jay Strubberg
August 20, 2014
A CDC report says birth rates among teenagers have been declining for decades, reaching a new low in 2013. We look at several popular explanations.
SHOW TRANSCRIPT

A new government report shows teen birth rates have fallen drastically in the past two decades and have even hit a record low.

The report, published Wednesday on the CDC website, shows teen birth rates took a 57 percent nosedive between 1991 and 2013. At the end of that period, American teens were less than one-third as likely to give birth as they had been in 1957. The decline was seen across all 50 states and all races and ethnic groups.

In fact, outside of a brief spike on the graph between 1986 and 1991, the report says teen birth rates have been steadily declining for nearly a half-century. So why such a big drop? Well, there are a number of theories.

Let's start with money. This 2011 Pew Research Center study shows a strong correlation between the birth rates for women of all ages and the overall ebb and flow of U.S. economy.

Interestingly enough, a Brookings Institute study says reality shows like MTV's "16 and Pregnant" and "Teen Mom" have played a huge role in bringing teen pregnancy to the public eye.

There are also a number of public health initiatives playing a role.

Colorado, for example, has seen a 40 percent drop in teen births over the past few years, which The Washington Post reports is being credited to a program that provides long-term contraception, like IUDs or implants, to young women.

As for the study itself, one expert on preventing teen pregnancy celebrated what he said were "eye-opening" stats with HealthDay. "These historic declines in teen pregnancy and births truly represent one of the nation's great success stories over the past two decades."