The Real-Life Impact Of The Federal Reserve Hike 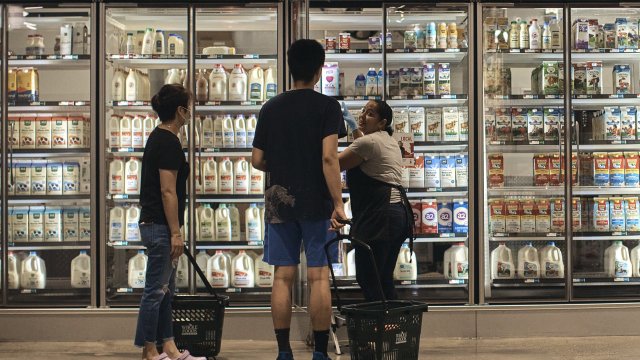 The Federal Reserve is bumping up interest rates again in an effort to curb inflation, as economists and Americans coast to coast worry about a recession.

The more-expensive borrowing rate is expected to cool the hot housing market.

"Most of your first-time home buyers are gone," Eric Harmon, owner of Crosswind Home Inspection, said. "The home buyers that are left, they're going to be super qualified, but they can negotiate a little bit more. They don't have to waive all their inspections. They don't have to give away their firstborn just to get into a burning shack of a house."

One real estate broker in California is ready to take the hit.

"I'd much rather take a little bit of short term pain for the long term benefit of everyone involved," said Geoffrey Tackney, broker and owner of GMT Real Estate.

They're tempering demand to bring down prices on everything, as inflation keeps climbing.

"We didn’t expect a good reading, but this one was even worse than expected, I would say," said Jerome Powell, chairman of the Federal Reserve.

Administration economists argue a second quarter of declining GDP would not indicate a recession right now, while other analysts would still call it a recession.

"There are just too many areas of the economy that are performing too well and, of course, I would point to the labor market," Powell said.

"It’ll be one of the most unusual ones I’ve seen because the job market is so strong," economist Dennis Hoffman said.

Now, the central bank looks ahead to more potential hikes.

"While another unusually large increase could be appropriate at our next meeting, that is a decision that will depend on the data we get between now and then," Powell said.