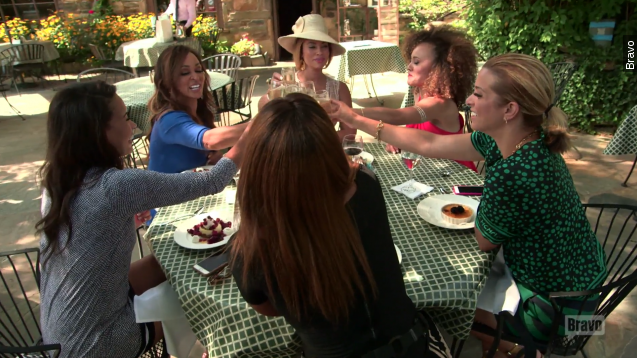 Two new cities are slated to get their own piece of the drama. Bravo has named Potomac, Maryland; and Dallas, Texas; the next destinations for the "Real Housewives" franchise.

After failing to renew "The Real Housewives of D.C." for a second season in 2010, the network is now choosing a different neighborhood near the nation's capital.

Bravo says the Potomac-based show will follow six African-American families that have "historically broken racial barriers to provide the best life possible for their children."

Based on the preview, the show seems to include all the usual drinking and gossiping, but it also seems to foster conversations about race.

"People always ask me, well, who is white, your mom or your dad?"

Earlier this year, Bravo said it was working on a show called "Ladies of Dallas," but the network has since announced it'll be part of the "Real Housewives" franchise produced by Andy Cohen. We don't know many details yet, but it promises "to prove exactly why everything is bigger in Texas."

This isn't a new tactic for Bravo, which pulled a similar scheme with "The Real Housewives of New York City," originally titled "Manhattan Moms."