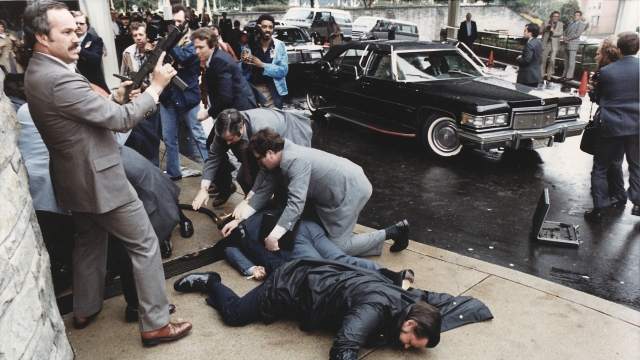 The 61-year-old spent over three decades there after he was found not guilty by reason of insanity following the 1981 shooting that left the president and three others wounded.

In July, a federal judge granted Hinckley full-time leave, saying Hinckley is no longer a threat to himself and others.

Interestingly enough, Hinckley will be living in the same gated community politicians — and even presidents — have visited.

In recent years, Hinckley has spent 17 days a month at his mother's home in Williamsburg, Virginia. He'll now live with her full time, but he will still face restrictions. He must maintain a log of his daily activities, and his driving, internet and phone activity are subject to monitoring. Hinckley will not be able to travel outside a 50-mile radius of Williamsburg. He will also be required to find a job or volunteer.

Hinckley must also stay away from the two victims who are still living, as well as the families of all his victims.

Hinckley will likely resume the activities he has done while visiting his mother. As Washingtonian reported in May, Hinckley frequents a frozen yogurt shop and the local PetSmart — he's apparently a lover of cats. He also attends group therapy sessions and makes music.