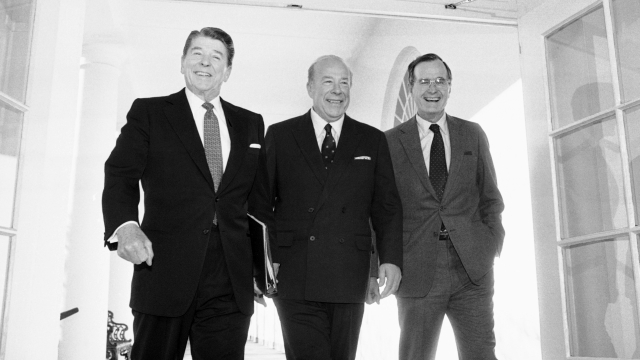 SMS
Reagan-era Sec. of State George Shultz Passes Away
By Newsy Staff
By Newsy Staff
February 7, 2021
Shultz was known for helping the U.S. negotiate the end of the Cold War with Russia.
SHOW TRANSCRIPT

Veteran Republican statesman George Shultz has died at the age of 100.

He passed away Saturday at his home in Stanford, California. Shultz held multiple Cabinet positions in the Nixon and Reagan administrations, serving the latter as Secretary of State from 1982 to 1989.

He was regarded for his pragmatism and opposition to the decisions that led to the Iran-Contra scandal. Shultz was also known for helping the U.S. negotiate the end of the Cold War with Russia.

In an op-ed published on his birthday in December, Shultz remarked that empathy is essential in making solid, trusting relationships.