The Effects Strike Back: What 'Ready Player One' Owes To 'Star Wars' 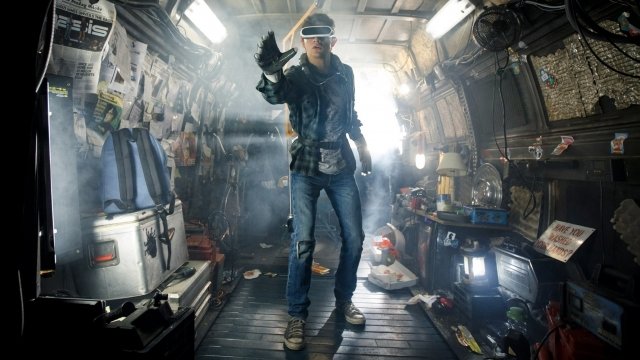 "Ready Player One" is a pop culture nostalgia trip to the '80s and '90s, but it's the technology of today that makes it look the way it does.

"I mean, I've seen a lot. Starting way back with my friend's movie, 'Star Wars' — George Lucas," director Steven Spielberg told Variety. "From a movie like that up to a movie like this, with a lot of things in between, these artists are exceptional that are able to create this kind of, sort of believability in a totally digital world."

Winning the 1977 Oscar for visual effects, "Star Wars Episode IV: A New Hope" popularized the use of special effects and introduced major technological advancements like motion-controlled cameras to the industry. Those advancements were helmed by George Lucas and his new effects studio Industrial Light & Magic, or ILM.

Before "Star Wars," Lucas said there were no special effects companies and very few special effects departments. That's because they were expensive and, at the time, out of style.

Today, ILM is one of the biggest visual effects companies in the industry. Its award-winning roster includes classic films like "E.T.," "Jurassic Park," and "Raiders of the Lost Arc," as well as newer films like "Avatar," "Pacific Rim" and, of course, "Ready Player One."

Companies Digital Domain and Territory Studio also worked on the film, and Page Six says the special effects took two years. If that seems like a long time, consider how much work had to go into the film world's endless landscapes, computer interfaces and digital avatars.

If you look hard enough, you'll also find nostalgic "Easter eggs" — some of which were sneaked in by the effects companies themselves. Even director Steven Spielberg says he isn't sure how many there are.