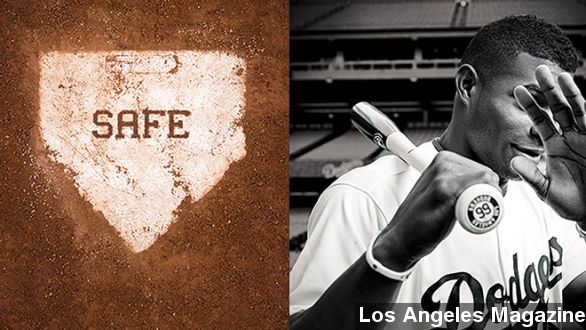 In piece that reads more like a thriller novel than real life, LA Magazine chronicles the journey of one of Major League Baseball's best and most talked about young talents, Cuban-born player Yasiel Puig.

The article features everything from Mexican drug cartels to murder, but more importantly, it finally answers some of the questions Puig has repeatedly refused to answer about his past.

According to the article, a Miami man, Raul Pacheco, offered Cuban smugglers a quarter million dollars to get Puig to Mexico where he could audition for MLB scouts. It took four attempts for Puig to make it to Mexican soil. (Via Google Earth)

"Once they get to Mexico, that's where the craziness begins. ... They hold him captive there for 20 some odd days as the price for his head is negotiated." (Via CBS)

The article reports Pacheco never paid the smugglers, vying instead to go rescue his investment: "In a scene that could have been cribbed from a thousand screenplays, they stormed the motel and, according to court papers, 'staged a kidnapping.' Within days, Puig was auditioning in Mexico City." (Via Los Angeles Magazine)

The idea of such major stakes and questionable characters being involved with America's national pastime has worried many across the media landscape.

"They should be 100 percent concerned because the details are scary."

In an article with the headline "Yasiel Puig's journey to America should concern Dodgers," Los Angeles Times writer Bill Plaschke raises a larger point while giving his take on the article, "Puig's story is reportedly not that uncommon."

In a league where 28 percent of players are foreign-born, Cuban players often have to go through the dangerous process of defection just to try out for MLB teams.

The Detroit Free Press tells the less dramatic but similar story of former Tigers catcher Brayan Pena, who snuck out of the country at the age of 16 to play in the big leagues. (Via YouTube / Feel Like You Belong)

"He asked one of his coaches to use the bathroom. ... The window was left open, and Pena climbed through the window and rushed to his escape vehicle. Pena didn't take anything with him. No clothes. No pictures. Nothing." (Via Detroit Free Press)

Major League Baseball has yet to weigh in on the disturbing revelations in Los Angeles Magazine's cover article, but the Dodgers manager did offer some words Wednesday.

Don Mattingly told the Los Angeles Daily News, "We’re on the baseball side of it, ... We’re just going to try to continue to help him try to mature as a player. That’s what we do." (Via Wikimedia Commons / Cbl62)

Puig finished the 2013 season with 19 homers and 42 RBIs and finished second in voting for National League rookie of the year honors.