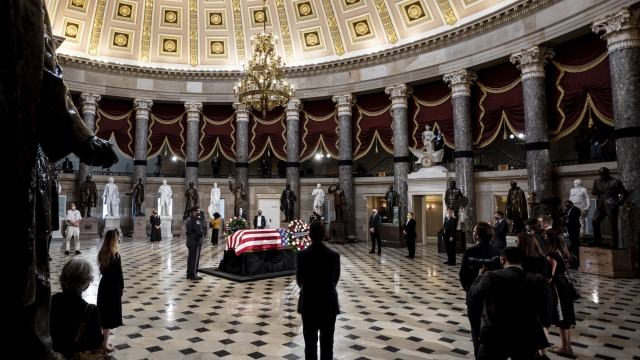 Supreme Court Justice Ruth Bader Ginsburg was a trailblazer in life and in death, becoming the first woman and person of the Jewish faith to lie in state in the U.S. Capitol.

Friday's service was brief, with mostly Democratic Congressional Leaders and few Republicans in attendance as a Supreme Court nomination battle takes shape just weeks before the election — against the late justice's wishes to be replaced by a new president.

Also on hand — Ginsburg's former trainer, who helped her with her famous workout routine and performed three push-ups in her honor after the ceremony concluded.

The late jjustice will be laid to rest in Arlington National Cemetery next to her husband, Marty Ginsburg, next week.