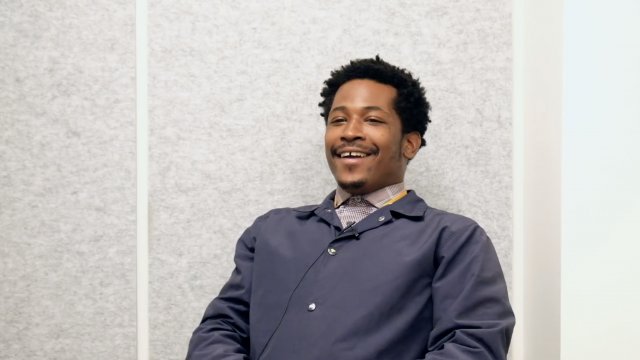 Just months before Rayshard Brooks was shot and killed by police and became a rallying cry for activists across the country, he did an on-camera interview about readjusting to life after serving time in prison.

BROOKS: "Some of the system could look at us as individuals. We do have lives, it's just a mistake we made. Not just do us as if we're animals."

BROOKS: "You know, my oldest daughter, 'Dad,' you know, she's, 'Hey, I love you so much, but where have you been?' You know, and I have to, you know, further up the energy to let her know everything that has went on within me and the situation that I have been through."

At least 95% of all state prisoners will be released and return home. More than 620,000 people are released from prison annually. But there are significant barriers that many say extend the punishment long after release.

JORDAN: "What the brother was experiencing, and what I experienced and many of us experience still today, even though I'm not on parole anymore, is this scarlet letter."

Jay Jordan is the executive director of Californians for Safety and Justice, but just eight years ago, he was in a similar situation to Rayshard Brooks. Jordan went to prison for robbery and served seven years before being released in 2012.

Ex-prisoners have long struggled to get a foothold in the labor market after their time behind bars. According to the Brookings Institute, roughly 45% report no earnings in their first full calendar year after release. For those who do get a job, the median income is $10,000.

BROOKS: "You finish up the application and you have some employers that come back to you: 'Well, Mr. Brooks, unfortunately, we can't hire you due to the fact that you've been incarcerated, or you've been, you know, arrested for this and that.' And you know, that just — it just breaks your heart."

Not only that, but probation and parole regulations means the chance of re-arrest and imprisonment after release is also high. A 2018 DOJ study found 44% of former prisoners were arrested within one year of release.

JORDAN: "I understand why he ran. I understand why he fought. Because being a Black man in America on parole with a criminal record, living under quarantine and a pandemic and just seeing a brother murdered by the police, I would run and fight, too."

The police officer who shot and killed Brooks, Garrett Rolfe, was fired and charged with felony murder.

Brooks leaves behind a wife and four children.