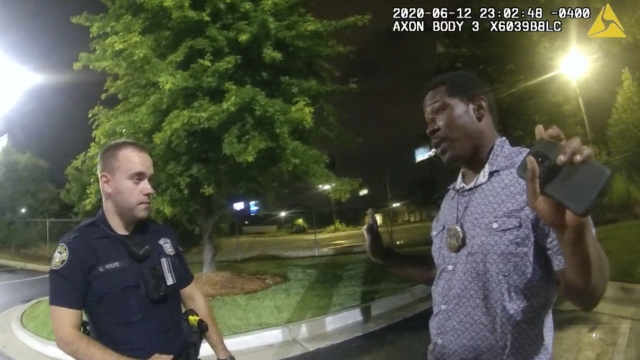 A medical examiner has declared the death of Rayshard Brooks a homicide, and prosecutors are considering criminal charges.

Brooks, a 27-year-old Black man, was shot and killed by Atlanta police on Friday evening. The officers responded to a call that Brooks was asleep in his car at a Wendy's drive-through.

Body camera footage shows Brooks complying with officers' requests. After failing a sobriety test, he resisted arrest and took an officer's stun gun. As he tried to run from the scene, police say he pointed the stun gun at them, and Officer Garrett Rolfe shot Brooks three times.

The Fulton County Medical Examiner said two of those shots, in Brooks' back, caused organ injuries and blood loss resulting in his death.

Brooks' widow, Tomika Miller, spoke about the father of four and said it will be a long time before the family heals.

Protests are ongoing in Atlanta over Brooks' death — the latest name to be chanted in crowds as people demand justice for Black victims of police brutality. The NAACP led a "March on Georgia" to the state Capitol, denouncing systemic racism and voter suppression in the state.

Miller urged the public to keep protests for Brooks peaceful "to keep his name positive and great."

Since the shooting, Atlanta Police Chief Erika Shields has resigned, Rolfe has been fired, and the other officer involved, Devin Brosnan, has been placed on administrative duty.