Ravens Have The Rare Ability To Plan Ahead — Almost Like Humans 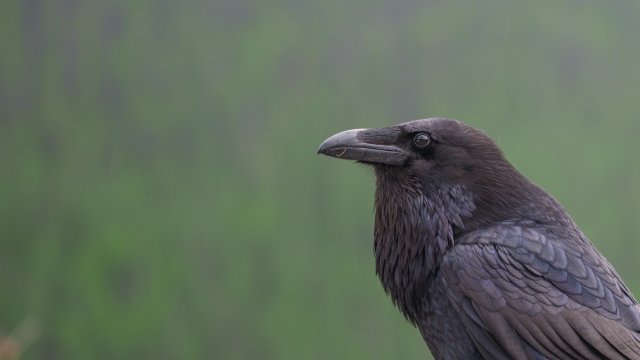 SMS
Ravens Have The Rare Ability To Plan Ahead — Almost Like Humans
By Evan Thomas
By Evan Thomas
July 13, 2017
Ravens appear to have cognitive skills we've only seen in humans and chimpanzees until now.
SHOW TRANSCRIPT

Corvids — like ravens and crows — are some of the smartest birds around. They can remember where they've stored food, they can recognize themselves in mirrors and some of them can even use tools.

Now, new tests seem to show that ravens can even plan for future events and delay their own gratification — something scientists initially thought only chimpanzees and humans could do.

Researchers in Sweden trained ravens to use a tool to open a box for a treat or to barter tokens for food. The birds would even keep their tools and tokens overnight if they knew they could trade them for a treat in the morning. 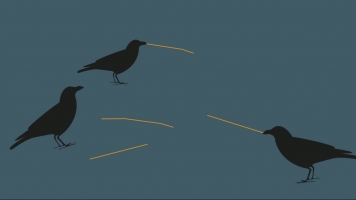 And when researchers gave the ravens a choice between an immediate reward and waiting to trade their token or box-opening tool for a bigger payoff later, they found the birds were usually willing to wait.

These new tests suggest ravens have self-control on par with some great apes — and they're even potentially smarter than some of them when it comes to bartering tokens for food.

What's more, the researchers think corvids evolved their forward-thinking abilities all on their own: They haven't shared a common ancestor with great apes for more than 300 million years.