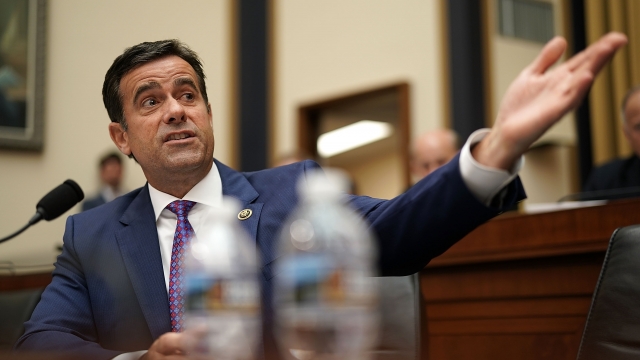 Rep. John Ratcliffe is no longer being considered to be the next director of national intelligence. President Donald Trump made the announcement Friday on Twitter.

The president wrote: "Ratcliffe is being treated very unfairly by the LameStream media. ... John has therefore decided to stay in Congress where he has done such an outstanding job representing the people of Texas, and our Country."

Shortly after the president's tweets, Ratcliffe issued his own statement, also on Twitter. He said he asked President Trump to nominate someone else for the position.

His withdrawal came less than a week after the administration announced current National Intelligence Director Dan Coats would leave in mid-August.

Ratcliffe faced scrutiny over both his qualifications and over certain statements, including one on his website that reads: "As a U.S. Attorney, I arrested over 300 illegal immigrants on a single day." The Washington Post later found prosecutors in Ratcliffe's office had only prosecuted 45 people. He's also walked back statements that he'd prosecuted a terrorism case.

He addressed his critics on Twitter, saying: "I do not wish for a national security and intelligence debate surrounding my confirmation, however untrue, to become a purely political and partisan issue."

President Trump said he will announce a new nominee for director of national intelligence soon.