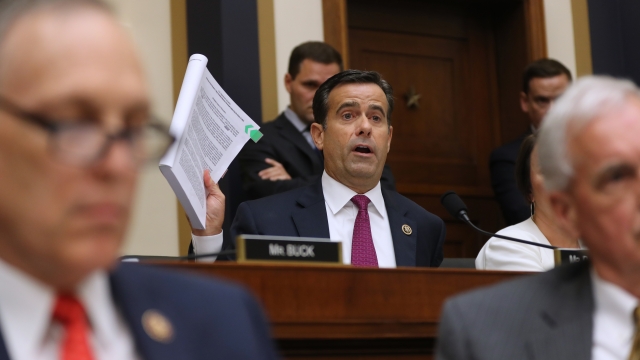 Volume 2 of the Mueller report focused on President Trump and obstruction of justice. Rep. John Ratcliffe says Mueller broke the law by writing it.

During the Robert Mueller hearings on Capitol Hill, Democrats focused on the obstruction of justice case against the president. And Republicans used their questions to try to poke holes in the special counsel's process and legality.

That sounds like a big accusation, and it turns out Rep. John Ratcliffe's argument is on shaky legal ground. Let's look at the rules and guidelines that governed Mueller's investigation.

Federal law says any appointed special counsel "shall provide the Attorney General with a confidential report explaining the prosecution or declination decisions reached by the Special Counsel." The keyword here is "declination." Mueller's report was supposed to explain why he chose *not to file obstruction charges against President Trump. But Mueller didn't make that decision — the attorney general did. And Ratcliffe argues that Muller's lack of decision is what makes Volume 2 of his report inappropriate.

But Volume 2 still played a role in the final charging decision. Ric Simmons, a law school professor at Ohio State University, explained it like this to our partners at Politifact: "Mueller was offering evidence that could be used if the attorney general did, in fact, decide to charge him. Not only is that not barred, it is precisely the kind of evidence that Mueller would be expected to bring to give proper advice to the attorney general."

Beyond the content of the report, part of Ratcliffe's complaint also stemmed from its publication — but that wasn't up to Mueller. Attorney General William Barr was ultimately responsible for deciding how much of the report became public, but he faced a lot of pressure to publish as much of it as possible.