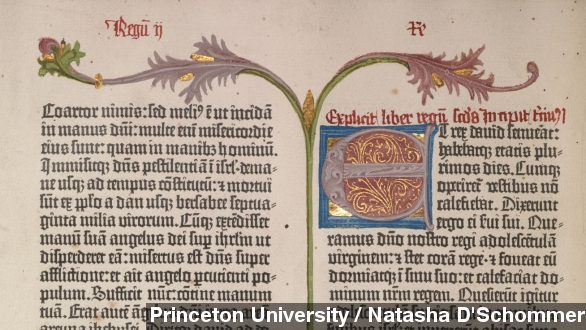 The collection of 2,500 books comes from William H. Scheide, a 1936 Princeton alum. Scheide passed away in November at the age of 100.

- The original printing of the Declaration of Independence

The university says the books have been accessible to readers in the school library since 1959, but it was recently donated after his passing.

Scheide's collection started with his grandfather in 1865 and was passed on to his son John Hinsdale Scheide, an oil exec. William Scheide started adding to the collection in 1954. News 12 New Jersey spoke with the librarian of the school's Scheide Library.

"He was so welcoming to scholars so that in a way with a change of the formal ownership, there's no barrier that has to be broken to because there never was a barrier."

For comparison, a copy of just one of the books in that collection, the Gutenberg Bible, sold in 1987 for $4.9 million at auction. It's currently held at Keio University in Japan.

The collection is well worth more than the most expensive book ever sold at auction.

The Bay Psalm Book sold for more than $14 million in November 2013 at a Sotheby's auction. The book was made by Puritans to translate to Psalms when they first arrived in the U.S. It's one of 11 surviving copies of the book.

Princeton will now work on digitizing Scheide's collection and making the works available online. It's the largest gift in the university's history.