Rapper Meek Mill Has Been Released From Prison 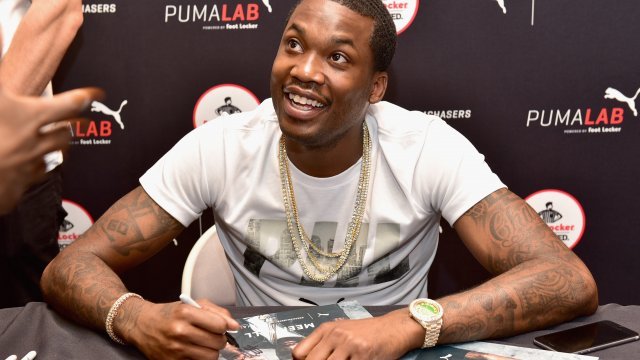 SMS
Rapper Meek Mill Has Been Released From Prison
By Gabrielle Ware
By Gabrielle Ware
April 24, 2018
Mill was in prison for five months for violating parole — but prosecutors say he shouldn't have been convicted in the first place.
SHOW TRANSCRIPT

Rapper Meek Mill is on his way home after the Pennsylvania's Supreme Court ordered his release on "unsecured bail." He served five months in prison following a controversial ruling last year.

In a series of tweets Tuesday, the rapper called the ordeal a "nightmare" and said: "To the Philly District Attorney's office, I'm grateful for your commitment to justice. I understand that many people of color across the country don't have that luxury and I plan to use my platform to shine a light on those issues."

To catch you up, Mill was sentenced to two to four years for violating parole on a 2008 case. But his sentencing went against the recommendation of the prosecutor, who thought that case should be thrown out because of credibility issues surrounding his arresting officer. Earlier this month, the Philadelphia District Attorney's office recommended he get a new trial.

Shortly after Mill's sentencing, Jay-Z wrote an op-ed for The New York Times saying Mill, who was convicted at 19 and is now 30, has been on probation "basically his entire adult life. ... Instead of a second chance, probation ends up being a land mine, with a random misstep bringing consequences greater than the crime."

Mill says he plans to get the conviction overturned and resume his music career.