Rapper 21 Savage To Be Released From ICE Custody 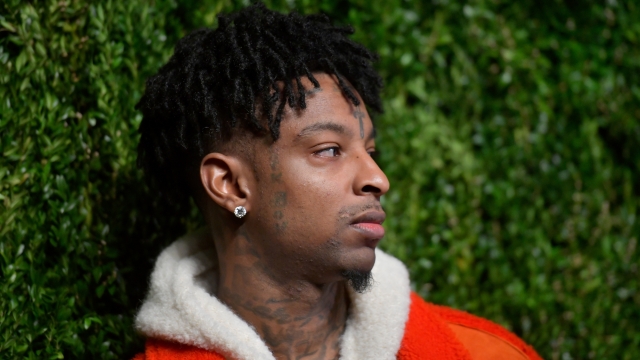 Atlanta-based rapper 21 Savage is set to be released from U.S. Immigration and Customs Enforcement custody more than a week after his arrest.

A lawyer for 21 Savage, whose real name is She'yaa Bin Abraham-Joseph, said the rapper was granted a release on bond Tuesday and is set to be released Wednesday.

21 Savage was arrested by ICE on Feb. 3. ICE officials say he was born in the U.K. and came to the U.S. legally as a child, but overstayed his visa. The rapper's lawyer says that happened "through no fault of his own" because he was a teenager when his visa expired.

21 Savage's attorneys released a statement on his behalf saying he wanted to thank his supporters and "asks for their hearts and minds to be with" people across the country who are still "unjustly incarcerated."