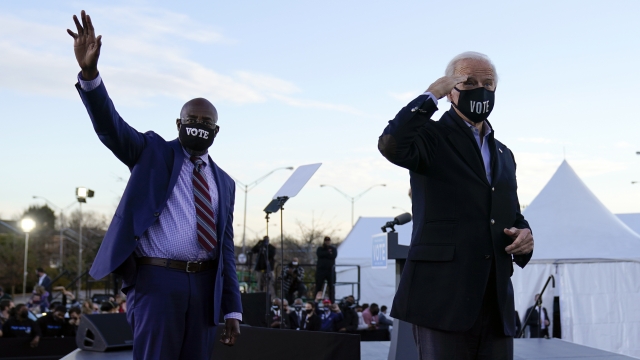 Democrat Raphael Warnock is the winner in a special election in the state of Georgia.

Warnock had just more than 50% of the vote with almost all of the votes counted Wednesday morning.

Loeffler has not conceded, but Warnock noted the significance of the outcome last night.

"The improbable journey that led me to this place in this historic moment in America could only happen here," Warnock said. "We were told that we couldn't win this election, but tonight we proved that with hope, hard work and the people by our side, anything is possible."

Warnock, who spent 15 years as a pastor at the same church where Martin Luther King Jr. preached, will become Georgia's first Black senator.

He's the first Democrat to win a Senate seat in the state since 2000.